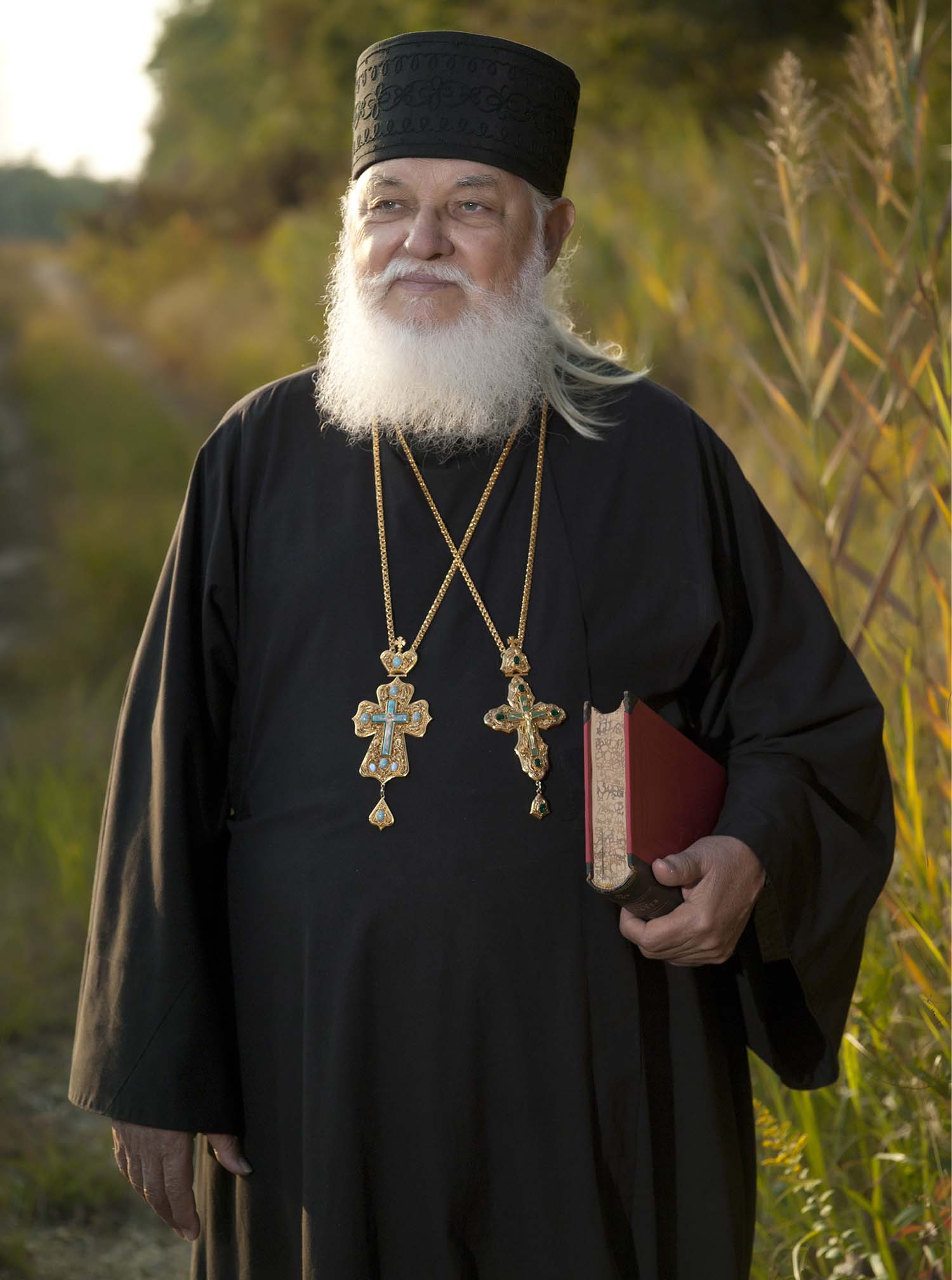 Fr. Valery reposed in the Lord on May 25, 2018. Wishing to keep their spiritual father close, parishioners of the St. Alexander Nevsky Parish buried Fr. Valery’s earthly remains behind the cathedral, which he had so lovingly erected. All are welcome to visit the gravesite of our beloved pastor. Memory Eternal!

Protopresbyter Valery Lukianov, after receiving a degree in engineering, proceeded to complete his theological studies at Holy Trinity Seminary in Jordanville, New York. In 1963, after being ordained to the diaconate by St. John of Shanghai and San Francisco, and – four years later – to the priesthood by Metropolitan Philaret, Fr. Valery was assigned as rector of St. Alexander Nevsky Parish, in Howell, NJ in November 1968. He dedicated his life to enriching the parish by erecting a beautiful cathedral, which has since become the seat of the Eastern American Diocese, and he continued to serve there as rector emeritus during his retirement. Throughout his fifty years of service to the Church and the spiritual needs of its people, Fr. Valery directed the schooling of children, lectured extensively at Church assemblies and celebrations, as well as at pastoral and youth conferences. He held many administrative positions in the Russian Orthodox Church Outside of Russia, including a year heading the Russian Ecclesiastical Mission in Jerusalem. He was a prolific author of spiritual books and articles.

Father Serge was born on the Great Feast of the Annunciation of the Mother of God (April 7) in 1958 in New York City to Fr. Valery and Mat. Irina Lukianov. Two years later, the family moved to Sea Cliff, Long Island where they attended St. Seraphim’s Church and the children attended Russian School. On November 1, 1968 Fr. Valery was assigned as rector of St. Alexander Nevsky Parish, and the family moved to Howell, NJ. In 1974, Fr. Serge graduated from the parish’s Russian School. In 1976, he graduated from Howell High School and then attended Ocean County College for 2 years, where he studied liberal arts and music. In 1978, Fr. Serge enrolled in Holy Trinity Seminary in Jordanville, New York, from which he graduated with a Bachelor of Theology in June 1981. On August 9, 1981, he married Lubov I. Afanasenko. He was ordained to the diaconate in the Tikhvin Church by Metropolitan Philaret on May 23, 1982 and to the priesthood on August 29, 2000 in the cathedral by Archbishop Laurus. Fr. Serge and Matushka Luba have 5 children: Subdeacon Nektary, Subdeacon Peter, Katherine, Ksenia and Anna. On September 12, 2014, after the retirement of Fr. Valery, Fr. Serge was appointed dean of the cathedral and director of the Russian School. On March 4, 2019 he was assigned as the Rector of the parish.

Fr. Anthony Williams was born on Nov. 5, 1988, in Waterville Maine. His parents are Archpriest Chad and Matushka Cynthia. He graduated from Holy Trinity Seminary in Jordanville NY in May of 2013 with a Bachelor in Theology. In July 2013, he married Bridget Barker. They have 4 daughters: Angelina, Maria, Hanna, and Katharine. Fr. Anthony was ordained a deacon on Sept. 6, 2015, and a priest on Sept. 11, 2020; both times by His Eminence Metropolitan Hilarion. He was assigned to St. Alexander’s on Sept. 12, 2020, as a full-time cleric.